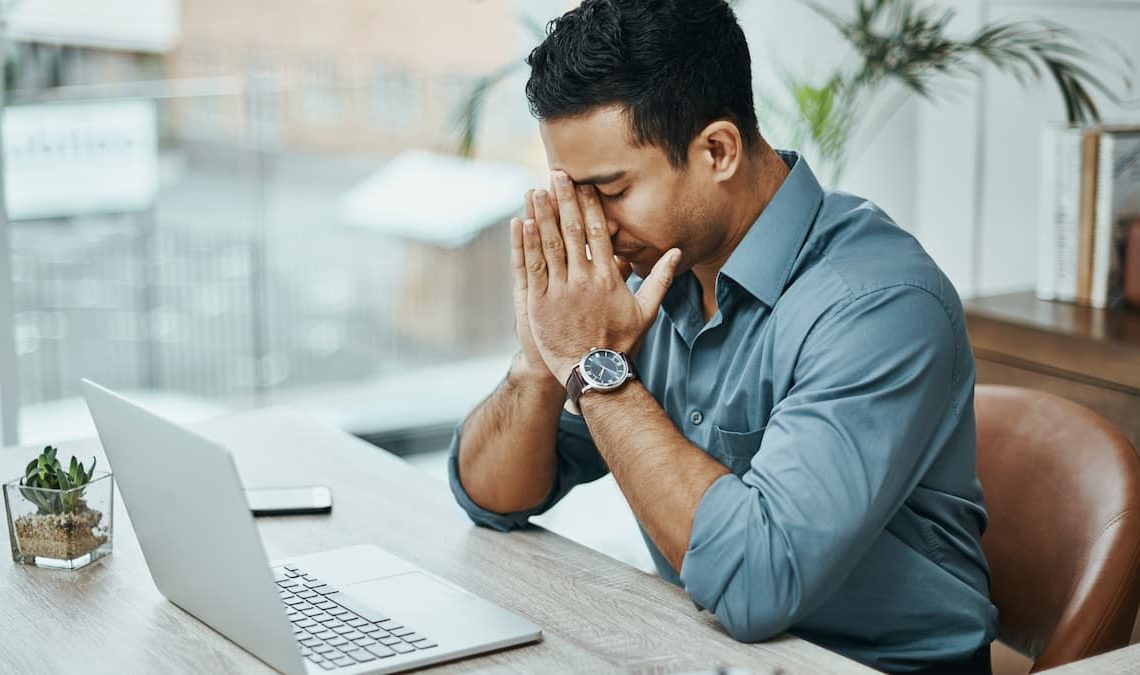 The World Health Organization has designated 10 September as ‘World Mental Health Day’. Work can be vital for our mental wellbeing, giving purpose and financial stability, but there is also a growing awareness of the dangers of anxiety, depression and burnout in the workplace. How are Mexico and other countries tackling the issue?

Fifteen million Mexicans live with employment-related stress, which accounts for three in four employees. Even though stress is not necessarily negative, not managing it can lead to other chronic diseases, including burnout.

Stress levels were high before the COVID-19 pandemic; now, they are just alarming. Anxiety went from 15% of the total working population to over 50%, the highest increase registered by the Organization for Economic Cooperation and Development (OECD).  So, Mexico is very anxious!

But not only that, depression levels also went from 3% to 27.5% which represents the second largest global increase during the pandemic. In 2009, the Mexican Social Security Institute granted 27 temporary or permanent medical leaves of absence due to a mood disorder, including depression. In 2019, the number increased to 43.

It is not a surprise that these conditions have become more common. In a context of loss of jobs, those in essential activities working with the risk of catching the virus, poorer employment conditions for those that kept their jobs and disruptions to their work (and life).

On a positive note, the increase noted in statistics may also mean that there is better detection of these disorders and they are managed properly.

In 2018, Mexico introduced an Official Standard to identify and deal with psychosocial risks into its employment-related obligations. The provisions of the standard relate to the creation of a favourable organisational environment for workers and push for the betterment of employment conditions such as working hours, work-life balance, including the ‘right to disconnect’, which is currently only associated with teleworking). Unfortunately, with the pandemic, the labour authorities have not been able to enforce compliance with this standard.

The Senate Labour and Social Welfare Commission has extensively been discussing various proposals and initiatives, especially those related to increasing vacation days, which have remained unchanged since the New Federal Labour Law was first enacted in 1970.

Just in the last two years, six initiatives for extending vacation days have been presented.  The various initiatives have aspects in common. They recognise that the most common employee ailments are excessive fatigue and work-related stress. They also mention studies carried out by the OECD and the Confederation of Employers of the Mexican Republic (COPARMEX) on the average annual working hours of employees in Mexico. Mexico is the country with the longest working hours in the American continent. A comparative study with other countries clearly concludes that working hours are not necessarily related to productivity.

The various initiatives have led to a final proposal for reform of Articles 76 and 78 of the Federal Labour Law on vacation days to be granted to employees.

Under the proposal, vacation for years worked starts at 12 days for the first year of employment, working up to 24 days for employees with 11 to 15 years’ seniority. Two additional days would be added for every five more years of employment.

The senators have emphasised their commitment to improving employee’s rights, as the current allowance of six days of vacation for the first year of employment (yes, six days for the first year), are not enough for workers’ proper rest, enjoyment, and recreation, as well as for physical and mental recovery.

The issue will continue to be debated as the proposal navigates the legislative process, but it is one example of how Mexico is working towards improved working conditions that will benefit workers’ mental health.

Making mental health a priority in the workplace

In Spain, both employers and public authorities are taking initiatives to improve workers’ mental health. In general, in Spain people have a positive perception of their state of health, both physically and psychologically. In 2020, 75.51% of the population aged 15 and over rated their state of health positively, and this positive perception among Spaniards has remained virtually unchanged over the last 33 years (see here)….
Arbeitsrecht in der Pandemie Individualarbeitsrecht Neueste Beiträge

The fundamental shift in working patterns and preferences created by COVID-19 has led to law and policy changes across the world. Across the world, the closure of offices during the pandemic accelerated the expansion and popularity of remote working, making this arrangement an overnight reality for millions. As it becomes clear that working patterns and preferences have changed for good, many jurisdictions have or are…