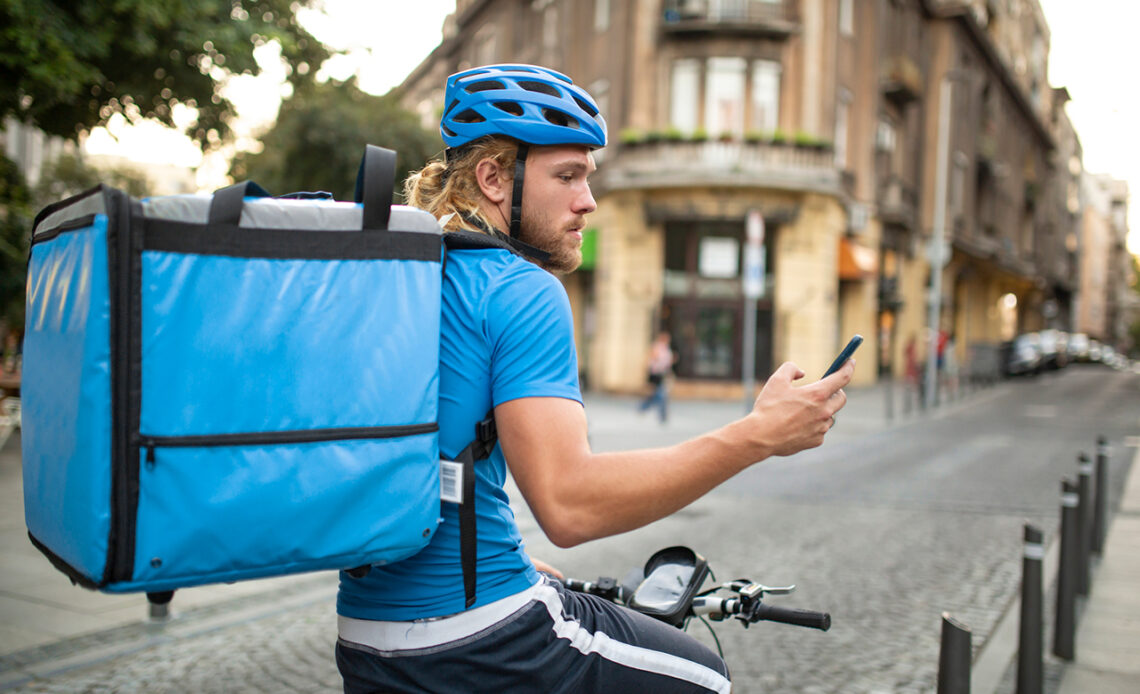 The UK Court of Appeal has unanimously and emphatically rejected an appeal, based on novel human rights arguments, that Deliveroo riders were ‘workers’ for the purposes of the UK’s trade union recognition legislation.

In November 2017, the Central Arbitration Committee (CAC) rejected an application from the Independent Workers Union of Great Britain (IWGB) for collective bargaining rights in respect of Deliveroo riders. The CAC ruled that Deliveroo riders were not ‘workers’ within the meaning of the relevant definition (in s296 of the Trade Union and Labour Relations (Consolidation) Act 1992). An individual is a worker if they work (or normally work or seek to work):

The case turned on the second of these categories: the so-called ‘limb (b)’ worker definition. Deliveroo succeeded because the CAC found that Deliveroo riders had a genuine right to use a substitute to perform deliveries. Evidence showed that this right, which was inherently incompatible with an obligation to provide personal service, was exercised in practice. This decision meant that the CAC could not proceed with IWGB’s application for compulsory recognition in respect of a group of riders in Camden and Kentish Town.

IWGB sought permission to proceed with a judicial review of the CAC’s ruling on five grounds, all but one of which the High Court (HC) rejected. It allowed the challenge to proceed ‘with some hesitation’ on a single ground, namely, that the CAC had not dealt properly with IWGB’s secondary submission on the effect of collective bargaining rights in Article 11 of the European Convention on Human Rights. IWGB contended that the s296 definition of worker (above) and the obligation of personal performance should be interpreted in a way that did not exclude Deliveroo riders from exercising Article 11 rights.

Following a full hearing on this issue, the HC dismissed IWGB’s challenge, after which IWGB appealed to the Court of Appeal (CA).

The main question addressed by the CA was whether Deliveroo riders fell within the scope of Article 11. Rejecting IWGB’s primary contention that ‘everyone’ was in scope, the CA instead focused on the question of whether Deliveroo riders were ‘in an employment relationship’ and concluded that they were not. The CAC had been entitled to find that the riders were genuinely under no obligation to provide services personally, and that they had a virtually unlimited right of substitution.

Emphasising the importance of these factors, the CA noted that an obligation of personal service was an ‘indispensable feature of the relationship of employer and worker’ and not a ‘parochial peculiarity’ of UK law. As such, the CA saw no reason why its importance should be any the less in the context of Article 11. It also rejected the union’s argument that the frequency of Deliveroo riders exercising their right to substitute was a relevant factor, stating that the key issue was the legal relationship between the parties. Any test based on the frequency with which the right to substitute was exercised ‘would be unacceptably uncertain’, with riders working on identical terms being treated differently depending on how often they might individually have chosen to exercise their right.

The CA went on to address the potential relevance of the recent decision of the Supreme Court (SC) in the Uber case. It noted that the judgment had not been about personal service, as Uber drivers did not have a right to substitute, and the case had not concerned Article 11. The CA recalled that the HC had refused IWGB permission to appeal against the CAC’s decision on domestic law arguments such as those considered in the Uber case, while allowing the appeal based on Article 11 to proceed. Accordingly, the CA concluded that IWGB’s additional submissions on Uber were of limited relevance. It nonetheless noted that, while applying the Uber decision to the facts determined by the CAC would not be straightforward, Deliveroo riders’ right of substitution meant that the ‘inevitable result’ was that IWGB’s appeal had to fail in any event.

The CA also considered whether, if its decision on the main question had been different, it would follow that Deliveroo riders would necessarily enjoy the right to seek compulsory trade union recognition. While not addressing the issue at length, the CA noted that governments enjoy a wide margin of appreciation in deciding which workers should be entitled to compel trade union recognition for the purposes of collective bargaining. In light of that, the CA suggested it would not be a foregone conclusion that riders with a virtually unlimited right of substitution, no obligation to work at any particular time and freedom to work for a competitor should have the right to compel collective bargaining.

Finally, the CA said that its earlier findings meant it did not need to decide the question of whether it would be possible to ‘read down’ the statutory definition of worker, if that were necessary to avoid non-compliance with the requirements of Article 11. However, if it had it been required to do so, this was:

‘not an open-and-shut case: the statutory requirement of an obligation of personal service [is] a good deal harder to read down, at least to the extent required, than the reference to a ‘contract’’

(SEE THE SC’S DECISION IN GILHAM V MINISTRY OF JUSTICE).

This judgment provides important guidance on what constitutes an ‘employment relationship’ in the context of Article 11. In Pimlico Plumbers Ltd v Smith, the SC noted that the ‘sole test’ in deciding whether someone was a worker was whether there was an obligation of personal performance, and any other test would be an ‘inappropriate usurpation’ of this. The CA’s decision further puts to rest any suggestion that, where there is a clear and genuine right of substitution, there is any other appropriate test.

Although this appeal was unsuccessful, the judgment nonetheless highlights the continuing importance of Article 11 in the field of trade union law. The CA recently suggested that it might need to revisit the compatibility of ‘sweetheart deals’ in the field of trade union recognition in light of it, and judgment by the SC is imminent in a case concerning employers making offers that bypass collective bargaining.

The CA refused IWGB permission to appeal to the SC against its decision.