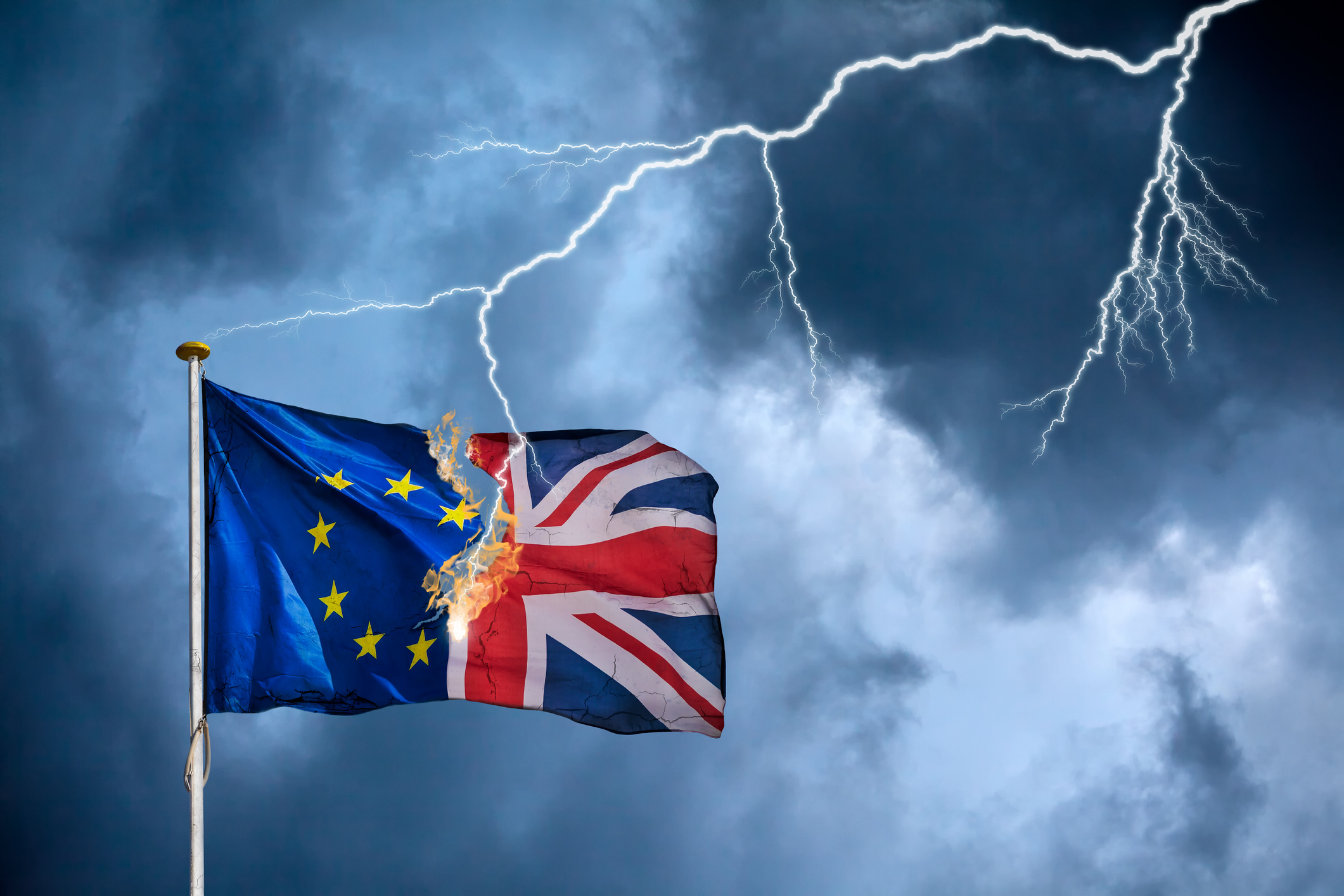 The UK is leaving the EU in two and a half weeks’ time, at the time of writing. Or maybe it isn’t. Your guess is as good as ours.  As Parliament prepares for its fateful votes on whether to say yes to May’s deal, with or without some revisions to the Irish backstop, and, if it says no, whether to crash out with no deal or ask the EU for extra time, we thought now was a good time to recap on where exactly we are and what it all means from an employment law perspective. What are the possible scenarios for the UK’s continued relationship with the EU as the 29 March deadline approaches, and what impact would they have on employers?

Where we are now: ‘no deal’

The EU (Withdrawal) Act 2018 (the ‘2018 Act’) was passed on 26 June last year and as we reported at the time, it provides the legal basis for a ‘no deal’ Brexit: as things stand, the UK will leave the EU at 00:00 CET on 29 March without a deal, and unless Parliament passes fresh legislation changing that position, that is what will happen. The 2018 Act ensures that EU-derived domestic laws such as the Working Time Regulations and TUPE will carry on as part of UK law, as too will direct EU legislation such as the GDPR.

The 2018 Act also makes provision with regard to the supremacy of EU law and what will happen to all that case law of the European Court of Justice. It’s here that, if there is no deal, Brexit will begin to have an incremental effect on UK employment law from the moment the courts and tribunals open their doors to the public on Monday 1 April 2019.

While lesser bodies such as the Employment Tribunal will still be obliged to follow European Court of Justice decisions from pre-Brexit day, the Supreme Court and the High Court when sitting as a court of appeal won’t be… and as for any new European Court of Justice decisions, even Tribunals won’t have to follow them, although they can ‘have regard to’ them ‘so far as… relevant to any matter before the… tribunal.’  Additionally, the UK would not be obliged to follow any new EU employment directives such as the Transparent & Predictable Working Conditions Directive or Work Life Balance Directive, subject to ‘Commons locks’  (discussed below).

The Government has, in the employment field as in many others, been busy preparing the secondary legislation needed to try and make a no deal Brexit ‘work’, legally speaking: the Employment Rights (Amendment) (EU Exit) Regulations 2019 are currently before Parliament and tidy up various pieces of UK employment legislation, for example by scrapping the procedure by which tribunals can make referrals to the European Court of Justice, and trying to preserve the existence of UK-headquartered European Works Councils (though we don’t think this really works…).

For many employers, the main practical implication at the moment is the status of EEA nationals in their workforce. For anyone in the UK before 29 March, it is comparatively straightforward: apply for settled status using the Government’s app (though you need an Android phone) and you can stay. For anyone arriving after that date, however, it is more complicated. The Government has said that EU nationals will still be able to arrive and work, and employers will be able to employ them having done normal (passport and national insurance) document checks, but to stay for longer than three months they will need to apply for the new European Temporary Leave to Remain scheme, securing permission to stay in the UK for up to three years, after which they’ll be covered by the new skills-based immigration system (see further below).

Where we might head next: a deal and a Withdrawal Agreement

We reported on the proposed Withdrawal Agreement when it was published in December, though we didn’t expect then that we’d still be discussing it as a mere ‘possibility’ by this time. If it is passed, draft legislation would immediately be placed before Parliament to amend the 2018 Act and provide for a ‘transition’ or ‘implementation’ period through to the end of 2020. The best way to think of this period is that the UK would effectively carry on as if it were a member of the EU (applying all new Directives, continuing to refer cases to the European Court of Justice and being bound by its decisions, honouring free movement of workers) but without having a say in any of the laws. Employers could continue to employ EEA nationals in the same way as they do at the moment.

Even if the deal is voted through, a delay to Brexit still seems highly likely: there is simply not enough time left for the European Parliament to approve it, and to pass all the legislation to implement the Withdrawal Agreement. This would likely be just a one or two month delay, and should be fairly straightforward to agree with the EU.

That is not the case, however, if Parliament votes the deal down again this week: while the current expectation is that it would then go on to vote against a no deal exit, and to instruct the Government to ask the EU for an extension, there is no guarantee that the EU would agree. At any rate it may attach strict conditions, such as any delay either being very short so as not to interfere with the European Parliament elections scheduled for 23 to 26 May, or very long (perhaps through to the end of 2020) to stop Brexit from continuing to derail the EU’s wish to focus on other priorities.

The ‘Irish backstop’ is, of course, the main sticking point in getting the Withdrawal Agreement through the UK Parliament. Under the backstop, ‘until the future relationship becomes applicable’ a single customs territory comprising the UK and the EU would apply, without limitation in time. As a condition of the EU signing up to this, so-called ‘level playing field’ conditions would mean that the whole of the UK in some cases, or just Northern Ireland in others, would stay subject to swathes of EU law until the permanent longer-term relationship is agreed. These conditions include ‘fundamental rights at work, occupational health and safety, fair working conditions and employment standards, information and consultation rights at company level, and restructuring’. In other words, until the backstop was terminated, the UK could not make any changes to any EU-derived employment laws.

Ironically given the hard Brexiters’ objections to the constraints placed on UK sovereignty by the backstop, the UK Government has sought to win support for the Withdrawal Agreement from wavering Labour MPs by promising a vote (a ‘Commons lock’) on whether the UK should adopt any new EU employment laws that may be passed in the future. The Government has suggested that the first two Directives subject to this promise could be the aforementioned Work Life Balance Directive and Transparent and Predictable Working Conditions Directives. It is difficult to see how this assurance adds up to much given:

Where are we going, long term?

Maybe the UK is not going anywhere, if the next set of votes somehow leads to a second referendum and a vote to remain…

But assuming we’re going somewhere, the Political Declaration which accompanies the Withdrawal Agreement and provides the basis on which the UK and the EU are meant to negotiate their long term relationship, once the Withdrawal Agreement is in effect is still the best indicator of where we may end up long term. It includes a commitment to a ‘high standard’ of workers’ rights, and ‘level playing field’ conditions under which the parties are to ‘consider the precise nature of commitments’ they should enter into in relation to ‘social and employment standards… having regard to the scope and depth of the future relationship.’ In other words, there is to be a trade-off between the degree of market access the UK has, and the degree to which it remains signed up to EU employment rights and protections.

What precisely this means in practice would only start to emerge as negotiations began in earnest over the next 18 months or so and there is every reason to suspect they would be just as fraught, if not more so, as those that have taken place to date over the Withdrawal Agreement. In the meantime, the UK would take steps to put in place its new immigration system, intended to come into effect from 1 January 2021, which would apply to EEA nationals as well as all others.

Perhaps the only thing we can be confident about is that this story is a very, very long way from being over, there will be plenty more plot twists, and the only thing that is certain is continued uncertainty…

The main post-Brexit EU Settlement Scheme (EUSS) deadline is looming on 30 June 2021, however there are other deadlines and considerations that applicants and their employers in the UK may not be aware of. In this article we highlight a selection of issues that relate to the main deadline, or that will start to have practical implications after 30 June 2021. Main EU Settlement Scheme…
Internationales Arbeitsrecht Internationales Arbeitsrecht2 Neueste Beiträge

Brexit: what are the consequences for employers?

Following the UK’s departure from the EU on 31 January 2020, this article asks what this means for employers in the transition period and beyond. On 31 January 2020, the United Kingdom left the EU following ratification of the withdrawal agreement. Now begins a transitional period, lasting until 31 December 2020, during which European Union law continues to apply. This period can be extended once…