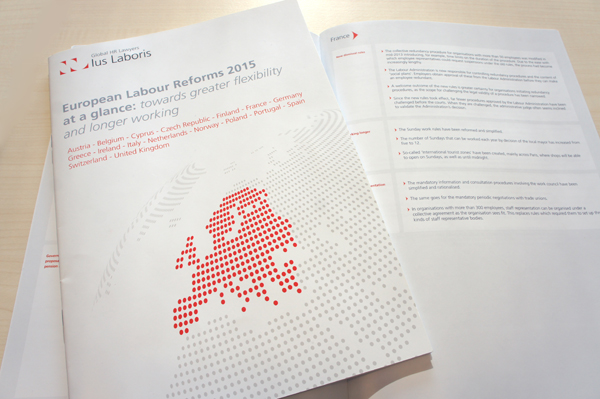 Ius Laboris, the Alliance of Global HR lawyers, has recently created a new brochure which will update HR professionals and employment lawyers across Europe regarding ongoing legislative developments. In their own words:

Many European countries introduced reforms intended to make labour markets more flexible and to encourage longer working. This publication offers an overview of these labour reforms across 17 European countries.

Kliemt & Vollstädt contributed the German perspective on past and ongoing reforms:

Changes in the state retirement age

For more news on ius laboris and Kliemt & Vollstädt’s activities within the Alliance, watch GlobalHRlaw.com as well as this blog.